The winner of the open call 2018 is Diego Cibelli: the artist presents Serenissima a plastic installation in clay inspired by domestic space of the seventeen hundreds and by the Bourbon technique of braiding. The residency has given the artist the opportunity of encountering the ancient artisan tradition of the ceramic manufactory of Capodimonte, and to experiment with new artistic interventions.

Diego Cibelli was born in Naples in 1987. His artistic research focuses on the multiple and possible modes of dwelling, his visual attention is grabbed by artifacts and by spaces organized by living beings. A pivotal point of convergence of his research is the issue of belonging and identity considered in terms of relationship. His work has been exhibited in various occasions, in Italy and abroad, among which: Pan in Naples, in 2012; Künstlerhaus Bethanien in Berlin, in 2013; at Galleria Atelier 35 in Bucarest, in 2013; MSU- Museum of Contemporary Arts in Zagreb, in 2016. 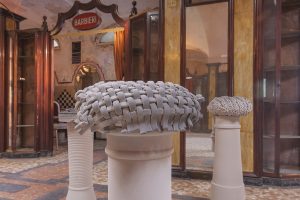 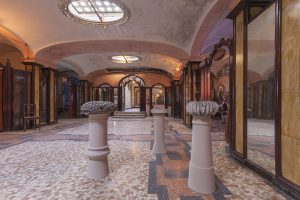 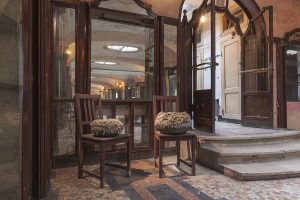 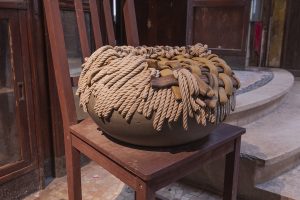 I was a nervous heat
Oli Bonzanigo, with the sculptural project in porcelain I was a nervous heat, will be put in dialogue with the video works. The artwork is a spinal column divided in sections, a study of the relationships of mimesis between architectural shapes and human anatomy. The artist continues the investigation on the relationship between human and matter, on the action of man and the movements of matter as vehicle of cultural and geographical contaminations.

Oli Bolzanigo (1989, Milan) graduated from Byam Shaw School of Arts in London. Since 2012 she collaborates with Fonderia Artistica Battaglia, historic milanese foundry that work with lost wax technique, for which she looks after the new productions of young international artists. She has exhibited at the Marrakech Biennale 5-6 and at 1:54 Contemporary African Art Fair. Her research is enhanced by collaborations with numerous north African cultural Institutions: Le18, Marsaad Draa, Kibrit/Qanat, Voice Gallery. Since 2017 she works and lives in Palermo where she is co-founder of Studio Gibel and she studies Arabic Language and Culture at Bourgiba Institute (Palermo-Tunis). 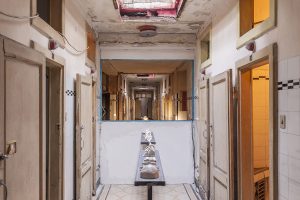 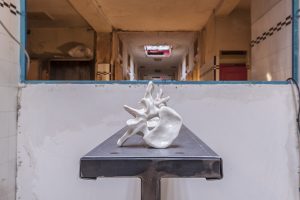 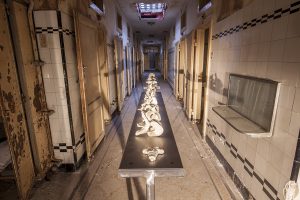 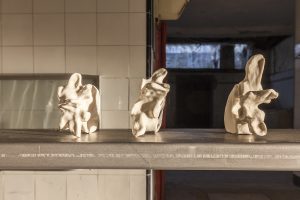 The artist Caterina Morigi translates the residency at Capodimonte in a small size photographic intervention, in which she reveals the transparent traces of the history of the area, the dense atmosphere of the forest of Capodimonte. The small format echoes an intimate dimension which will show to the observer the effects of a tornado that hit Naples last October.

Caterina Morigi (Ravenna, 1991) lives and works between Rome and Turin. She studied Visual Arts at IUAV in Venice and Paris 8 – Saint Denis. In 2015, she earned a studio at Fondazione Bevilacqua la Masa. She participated to artist residencies such as Dolomiti Contemporanee – Progetto Borca, Serre delle arti-Territori di Pietra. Her recent solo and group shows have taken place in: Mambo (Bologna) – That’s IT!, curated by Lorenzo Balbi; Villa Brandolini (Treviso) for Fondazione Francesco Fabbri; MAR (Ravenna); Una Vetrina (Rome); and other cities across Italy and Europe. 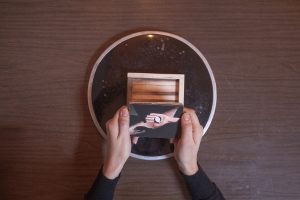 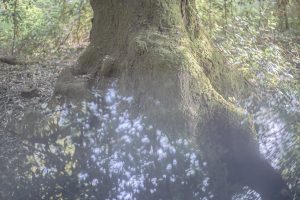 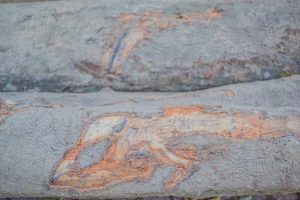