The Capodimonte porcelain owes its name to the homonymous hilly area of Naples, where King Charles of Bourbon and his wife Maria Amalia of Saxony, in the mid-eighteenth century, founded the Royal Factory of Capodimonte. Since the beginning the main collaborators was lead figures such as the Belgian chemist Livio Ottavio Schepers and the painter Giovanni Caselli from Piacenza. During the early period of research on porcelain at the headquarters of the Royal Palace of Naples, Caselli experimented with the study and application of colors and gold. The porcelain produced in this area has peculiar characteristics that clearly distinguish it from the porcelain of northern Europe.

There is no kaolin in its dough therefore it consists of a fusion of various clays coming from the southern quarries mixed with feldspar hence a soft, milky-colored mixture results that will make this unique manufactory in the history of porcelain. The porcelain, made in this way, withdraws about 20% during cooking.

During the activity of the Real Factory, in the plastic sector, objects were produced with scenes of court life mostly in biscuit (“Caduta dei Giganti” by Filippo Tagliolini, “Laocoonte”, “Ratto d’Europa”, “Pigmalione”, “Le Tre Grazie” by Canova): a non-polished ceramic material such as porcelain, opaque, as it is not painted with the second firing and the crystalline blanket 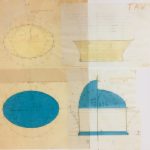 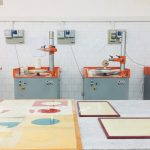 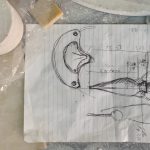 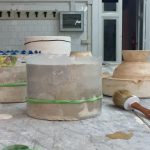 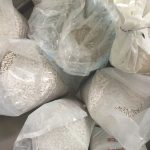 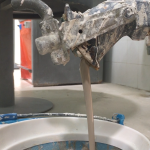 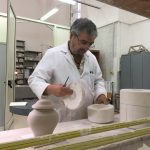 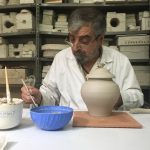 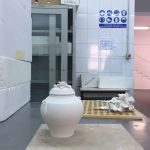 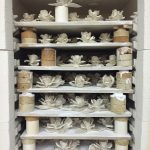 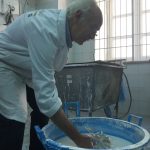 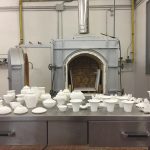 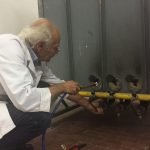 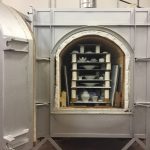 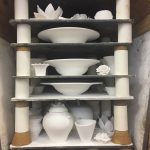 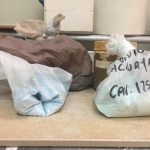 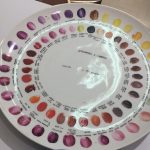 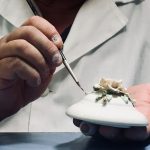 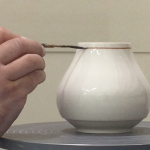